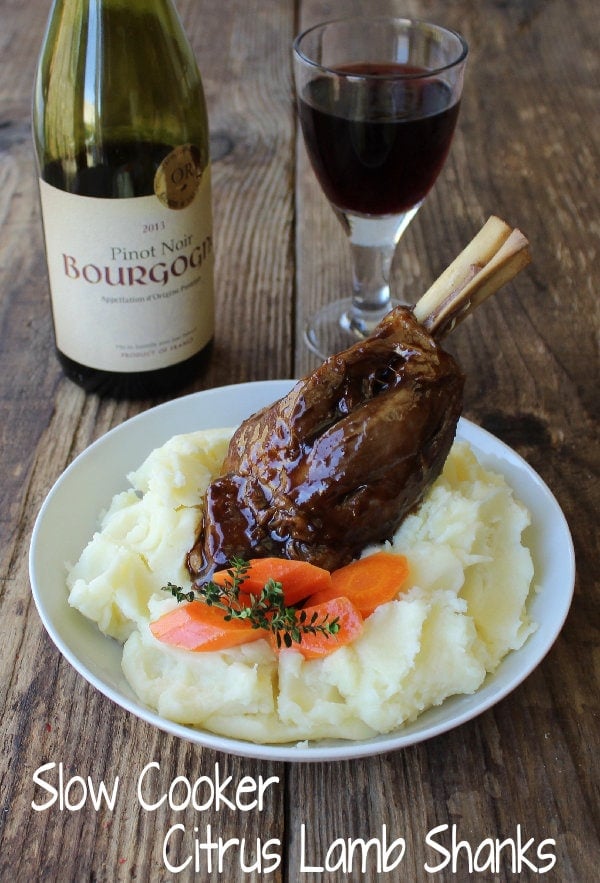 Slow Cooker Citrus Lamb Shanks is one of those recipes which has developed over time. Originally this recipe started life as Slow Cooked Lamb Shanks With Seville Oranges and Marmalade – a bit of a mouthful I know but I’ve learnt a lot about blogging over the last year and I’m now trying to choose better recipe names 🙂

I love lamb shanks and although they aren’t as economical as they once were, they still make a delicious meal requiring minimum effort and yet still worthy of a dinner party. Lamb shanks are perfectly suited to low and slow cooking, cooked until they’re just falling apart and have developed the most amazing flavours. 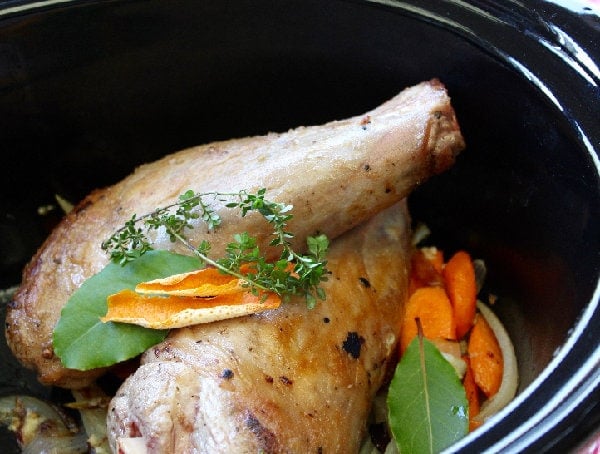 With so many visitors to the Kitchen Shed last year, lamb shanks became a perfect solution for me. I adapted the recipe for the slow cooker by using less liquid, including reducing the wine, as almost all evaporated liquid condenses inside the slow cooker pot and returns to the ingredients. I still wanted to retain the citrus flavour, to add sweetness and cut through the fat, so I kept marmalade in the slow cooker version but left out the Seville orange strips. That said, I have included Seville orange strips in the recipe as an optional extra. I also whizzed up the veggies in the red wine sauce to make a thick and delicious gravy and cooked more vegetables separately. 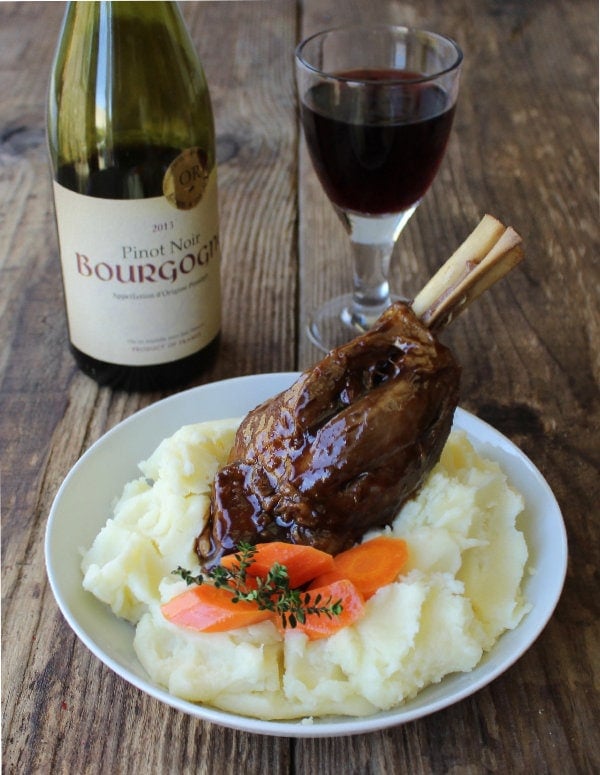 Luckily, I have two slow cookers, one large one that I’ve had quite a few years and a newer smaller one for when I’m cooking for just the two of us. Both slow cookers earned their keep when I served lamb shanks for eight people, with the meat in one pot and a big helping of fluffy mashed potato (instructions here) kept hot in the other. All I had to do was cook some fresh veggies and et voila, a hastle free meal for eight. A win-win situation giving me time to spend with our guests and enjoy the meal too.

Only use wine you would drink yourself, the sauce will only be as good as the wine you put in it – a rough red will result in a rough sauce. I’m not a wine conniseur but this cheeky little red from Lidl (see photo) at six euros a bottle is quite quaffable and was used in my lamb shanks. 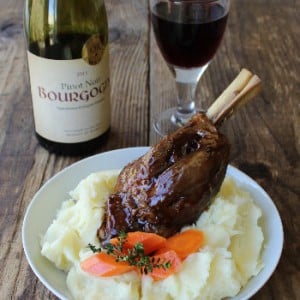 I've never done lamb shank before. This looks like an easy enough way to try them out! Thanks for the awesome recipe!

Honestly i have never been a big fan of lamb but I think theses shanks could change my mind. i am looking forward to trying this cut.

I love being able to put something in the slow cooker and just leave it (although I don't eat lamb). Great idea for the vegetable gravy too, I used to do that when I made pot roast!